What Would Love Do?

JK: Coming Home to your true nature is completely different from what the mind of the seeker believes It is, or hopes It is. It is not a state that I can describe to you in words. All the words I use to point at It, will fail. And I contradict myself several times in my books and in my talks because it is indescribable. It is easier for me to say what It is not. It is not a special state that I achieved. It is beyond any sense of past or present. It is not a special combination of energies that run through my body now. It is not a state of mind either. And it is difficult to say what made me come Home, because the “me” had to disappear before Home could become apparent. I can only talk about It in metaphors, in analogies. It is not something I did to make it happen, it was rather that It happened spontaneously.

Q:  What was the point of departure?

JK: When I was a young boy of about 7 years old, there were many moments where I asked myself, what would it be like if there was no ‘me’? What if Jan wasn’t there at all? What if the world would not be present? What if there would be no stars, no planets, no milky ways? I believe a lot of children have these kind of thoughts, but for me they were very crucial. When I was about 15, I had a major transcendental experience while kissing a girl. Our parents thought we were too young to see each other, but I needed to see her and one day I kissed here, standing behind the library. While we kissed, my lips started to melt into hers and within a split second I disappeared completely. I vanished. I did not exist anymore as a person. I am not sure how long this lasted because it is hard to remember. Now I would say that this experience I had at 15 was out of time. And I would even say now that I had to disappear first in order to give pure being the opportunity to show itself. It is like you are reading a book and suddenly you have a white page. It is like you are watching a movie and suddenly you have a white screen and there is only light. There is only pure beingness. And there is no person to comment on this white page. There is no ego giving comments.

Q: What happened after that?

JK: From that moment on, I became a spiritual seeker. If you have ‘seen’ this, you want to see it again. You believe you had it for a while, and you think you can have it again. And that is where you become a seeker. You had a taste of ‘it’ and you want to taste the nectar again. By the age of 18 till 25, while I was a medical student, I read a lot of books about natural medicine and also about Hinduism, Zen Buddhism and philosophers from East and West, such as J. Krishnamurti. I also started to practice mantra meditation, known as TM or transcendental meditation. During the TM, these moments of pure beingness were appearing again in my life. After a few years, I didn’t use the mantra anymore, because that state of pure being came automatically, simply by sitting on a chair and ‘allowing’ it. I also joined a group of Shiva Yoga in Belgium for about a year or so, where I learned a lot about the effect of group meditations and the competition between several devotees to reach enlightenment. I also became critical about certain beliefs in the world of spiritual seekers. And I always felt that, what I was looking for, was something very ordinary and very close, not something to look for in a far country or far future. Or something you will get as a reward because you followed the rules. And when I delved deeper into this, I started to realize how many false beliefs were still around. I discovered books about nondualism which made some issues more clear. A lot of old beliefs and misunderstandings started to disappear. I also saw that this “pure being” was available all the time, not just during these moments of meditation. And when I encountered Douglas Harding, he showed me the direct access with his experiments. These experiments are also described in my book “Nobody Home”. Douglas Harding said: “Instead of thinking about It or reading about It, I will show you how you can actually see It. I will show you your original Face”. And his experiments really blew me away, although some of the other attendants of his workshop in Belgium complained that they didn’t see anything special at all. Later on, I met Tony Parsons, who took away some expectations I still had about ending the spiritual search. He simply said these three words, “This Is It’. And then all was clear to me. Although the mind still continued to try and figure it all out, there was no escape. The spiritual search was over.

Q: After you’ve reached Home, were there any changes?

JK: I would never say that I as a person have reached Home. I will never claim anything for myself. I never reached Home as a person. It was not me who came Home. What I am talking about in my books and lectures is not something I have reached. It is not a talent I possess, it is what I am. It is the one Beingness that does not exclude anyone or anything. And unmasking the spiritual seeker does not guarantee any specific state you are in. It is only the end of the spiritual search. It is the death of the seeker, while the organism continues to function in a most natural way. The search will not come to a stop because you decide to stop seeking, or because you think you have reached everything. It is like grace: suddenly it is all clear and obvious. Then all questions about this subject stop to appear. Apart from that, life just goes on as before. From the outside, there is not much which has changed. You got rid of some stones in your shoe, so your walk in the park will be more natural, but nobody will notice that. The changes are mainly on the inside, on the level of the spiritual seeking.

Q: What do you mean by duality? And how is it related to non-duality?

JK: One could say that everything simply is. Everybody is. You can’t say, “I am not”. The word ‘being’ is a magical word. Just being. Simply to be. I describe it as Beingness because it is not an activity like eating or breathing. And It is not something that you have to learn or practice, because it is already being done anyway. It is also not an object you can observe. Beingness has no limits in time or space. You can’t find its borders. That is why we say it is infinite. That is also the reason why in my books I write Beingness with a capital B. It is infinite, but that does not mean that it is something holy. I use the term Beingness because it is a neutral term, it has no religious or cultural connotations. So, it does not exclude anyone. And as this Beingness has no borders, it has no neighbors. In other words: there is only one of it. That is why it is single. That non-dual single Beingness is all there is.

But the mind does not like non-duality. The mind is like a knife: it likes to cut things into two parts. However, with a knife in your hand, you will not be able to find the infinite. The human mind likes to notice the difference between left and right, high and low, past and future, positive and negative. But these dualities are not ‘real’ qualities of those persons or objects, they are only labels. They are thoughts appearing and disappearing in the brain of the commentator.

But this is-ness, this Beingness, does not stand side by side with the conceptual world of the mind, it is much ‘larger’ than that. In other words, non-duality is much wider than duality. Duality is only a minor conceptual part within the infinite. And the finite can never reach or understand the infinite. The mind of the seeker is to small to see the infinite – all it could do is make concepts about infinity.

Q: In the teachings of non-duality, it is often said that you are ‘already awake’, but people who didn’t have any awakening experience, have no idea what that means.

In the book I explain this issue in the drawing which illustrates the difference between vision X and vision Y, between duality and non-duality. According to vision X, people are separate, and individuals are subject to the laws of time and space and conceptual thinking. According to vision Y, there is only Oneness, there is only Beingness, there is nothing else, and everybody is already awake. But from vision X, you can never know what vision Y is, because it is impossible for the seeking individual to understand Beingness with the mind. ‘You’ can only be it, not understand it. And from the point of view of Beingness (it is not a real point of view, of course), there is only Beingness. Everything is Light, nobody is not-awake. In other words, nobody is excluded.

Q: Do you need to have some kind of awakening experience in order to see this?

JK: There are no specific requirements whatsoever. There are no rules. There are no steps. A lot of books on non-duality say there is no need for any special experience, because your essence is already whole and undivided. But on the other hand, a lot of authors of these books on non-duality report to have had transcendental events which opened their eyes and made them see what ‘It’ was all about. It can feel frustrating for the seeker because you want something and they say there is nothing you can do about it in order to get it. We enter a paradox here, because non-duality can not be seen by an individual, and yet some indivduals seem to have had awakening experiences which refer directly to the non-dual. And these experiences are usually described as peacefull and blissfull. And the spiritual seeker also wants to be peacefull, loving and blissfull. But these experiences – no matter how peaceful they are – are not Beingness itself. An individual can only experience the fringes of the transcendental event. Although it is impossible to describe, it seems as if the thinking mind comes to a stop and something else which is much bigger than yourself takes over. The infinite was already there, of course, but as the clouds in the mind are evaporating, the blue sky comes to the fore. But it is not the seeker who sees the blue sky. All there is, is a blue sky. The seeker is simply not standing in the way. It is like an ice cube of water which melts away in the surrounding water of the lake because there is a current of hot water passing by.

Publsihed in Japanese in Starpeople Vol. 55 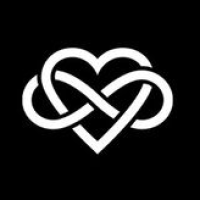 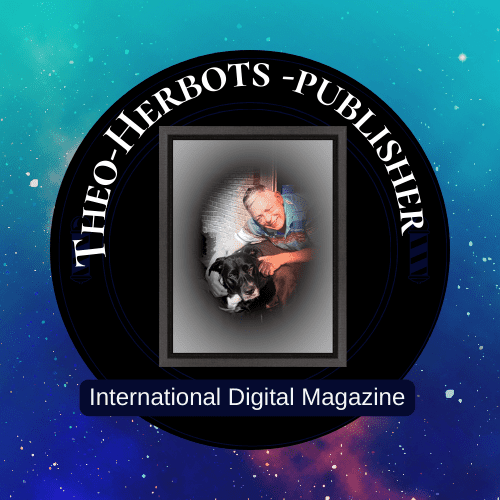 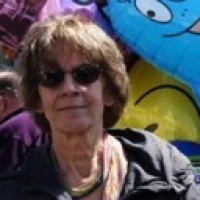 Smile! You’re at the best WordPress.com site ever

Nothing More, Nothing Less